People, peace and self-government, the three commitments of the Government Programme of the Basque Government 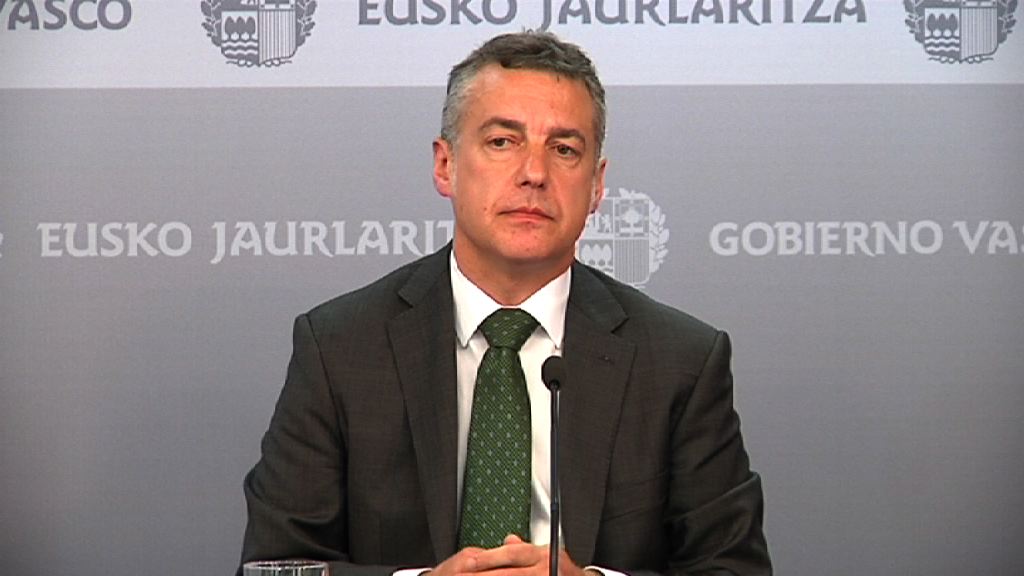 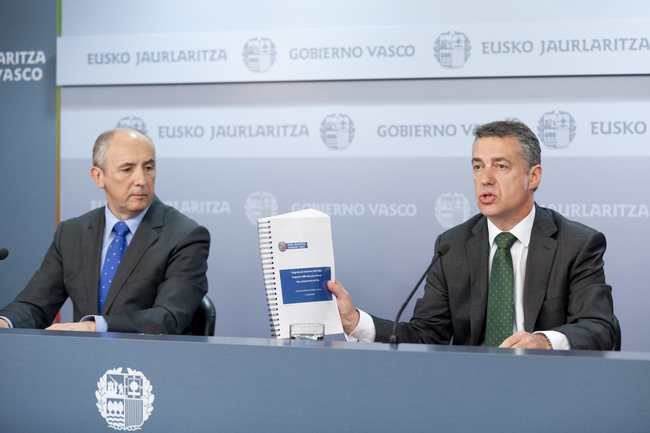 Lehendakari Iñigo Urkullu, the Basque Premier, has this morning unveiled the Government Programme for this parliamentary term. The Programme, entitled the "thousand day programme", covers a total of 28 areas for action, 160 targets and 615 initiatives. As Urkullu himself explained, the programme contains 3 commitments: people, peace and self-government; and it is focused on two strategic core areas of action, sustainable growth for jobs and human development for social balance.

After the regular Cabinet Meeting, Lehendakari Iñigo Urkullu appeared before the media, along with the government spokesperson, Josu Erkoreka. During the press conference, he unveiled his Government Programme that sets out the specific initiatives and targets for this parliamentary term and which is open to grassroots participation.

Iñigo Urkullu stressed that it is a programme to "share, to work together and to foster the idea that everyone has to pitch it" and he also pointed out that it is programme for a country that is "open to world" and added "which seeks to look outside its own frontiers to secure its future" . The Lehendakari went on to explain that the Programme aims to be a "contribution to generate a new culture of coexistence in the Basque Country in peace, democracy and freedom".

The Lehendakari likewise referred to the draft budget for 2013. Urkullu reiterated that the Basque Government was open to "dialogue and negotiation" and has raised the possibility of being able to agree the destination for "hypothetical future revenue". Furthermore, the Lehendakari has left the door open to negotiating the re-structuring of the items of expenditure, "with the emphasis always being on social priority", and reiterated the commitment of not spending more than what they have, as "being realistic is a fundamental factor to emerge from the crisis".

Iñigo Urkullu ended by explaining his absence at the opening of the Petronor Fuel-oil Reduction Unit last week. The Lehendakari stressed that his non-presence "has not been to the detriment of or hurt anybody". Urkullu stressed his "full commitment" as Lehendakari, "even during the Easter holidays", but he went on to emphasise the importance of work-life balance and explained that, in that case, it was due to an "occasion" that "only happens once in a lifetime".