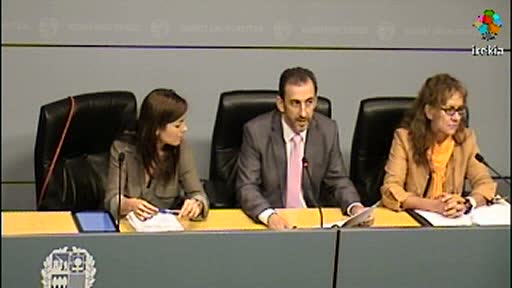 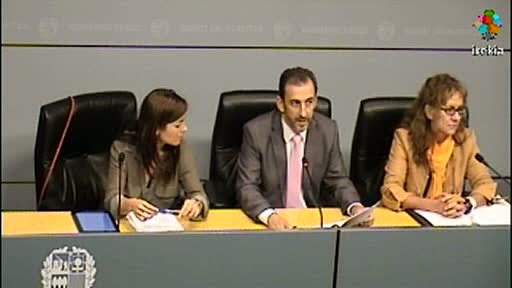 Download photo
Embed image
Around 70 Basque companies to travel on the institutional and trade mission to Turkey Source: Irekia

Turkey is considered to be one of the priority destinations in terms of consolidating trade relations. It is the second major economy in Eastern Europe, in 11th place on the Basque export ranking and fourth outside the European Union, after the United States, Brazil and China.

Unda will meet with representatives from the Turkish ministries and business organisations. He will also take part in the "The Basque Country, a sustainable and competitive economy" seminar, organised in conjunction with the Foreign Economic Relations Board of Turkey (DEIK).

The Basque delegation will visit companies established in the country, such as Fagor Industrial, along with the SPRI Business Office in Istanbul.

The Basque Country has 14 establishments in Turkey, six of which are commercial offices and eight are production plants.

The Basque tourist sector will be showcased to the leading Turkish tour operators and travel agents in Istanbul on 10 October.

Next week, a delegation led by Bernabé Una, the Basque Government Minister for Industry, Innovation, Trade and Tourism, will visit Turkey next week to consolidate Basque business interests on one of the main emerging markets and which has become the second major economy of Eastern Europe.

The mission will be made up of around 70 companies linked to sectors such as energy, railways, automotive or machine tools. The delegation also included the Eusko Ganberak Chairman, Gregorio Rojo; the Confebask General Secretary, Nuria López de Guereñu; and the directors of six Basque clusters and pre-clusters (AFM, Eraikune, Habic, Siderex, Mafex and Cluster de Logística). The BEC and Bilbao Port Authority will also be going.

This institutional and trade trip to Turkey is one of the missions - the majority of which have been led by Lehendakari Patxi López, the Basque Premier - that have laid down in recent years the foundations of Basque trade relations with countries such as China, Brazil, the United States, the United Arab Emirates, Qatar and India.

Turkey is considered to be one of the priority countries for Basque interests in terms of consolidating tradel relations. It has become the second most important economy of Eastern Europe. It is likewise in 11th place on the Basque export ranking and fourth outside the European Union, after the United States, Brazil and China. On the other hand, Basque exports account for around 9% of Spanish exports to Turkey.

Exports to Turkey have risen by an annual average of 12% over the last five years and, taking into account the economic drive associated to the excellent performance of the Turkish economy, Basque exports should continue to grow. Furthermore, the Customs Union Agreement between Spain and Turkey has facilitated the flow of exports since 1996.

The Basque Country has 14 establishments in Turkey, six of which are commercial offices and eight are production plants. Next week's mission will help some of the companies travelling to Turkey to weigh up the future opportunities for their sectors.

The following are among the sectors with the greatest potential for the companies in Turkey: environment and renewable energy equipment, railway equipment, engineering and consultancy services, technology and telecommunications, machinery for the food industry, machine tools, textile machinery, household textiles, hotel equipment, agriculture sector and urban equipment, industrial subcontracting, and industrial electronic and electrical appliances.

Basque companies have so far made good use of the missions in recent years. Over 350 have taken part in the trips led by the Lehendakari and the results are positive.

Exports to Brazil, China, the United Arab Emirates and the United States have improved by an average of 57% between 2009 and 2011. Furthermore, a Mondragón Corporación report reveals that its group's multi-localised companies have generated +26% employment in the Basque Country, compared to -10% in the case of the companies that have not set up abroad.

In Turkey, the mission will begin with a business seminar in Istanbul where the nearly 70 companies will learn for themselves the experience of some of the Basque companies set up in the country. The delegation led by Bernabé Unda will then hold meetings with different Turkish ministries and with various business organisations (employers, chamber of commerce, development and technological organisations, etc.).

Unda will also take part in the ‘The Basque Country, a sustainable and competitive economy" sectoral presentation seminar, organised in conjunction with the Foreign Economic Relations Board of Turkey (DEIK). Different Turkish entities will be invited to learn about the opportunities and capacities that the Basque Country and its companies offer, particularly in the area of energy and machine-tool technologies.Along with the Basque Government Minister, representatives from the Basque companies Gamesa and Además, as well as from the Machine Tool cluster (AFM), will also speak.

The Basque delegation will visit companies established in the country, such as Fagor Industrial, along with the SPRI Business Office in Istanbul.

The Basque Government Minister will host a reception for the members of the delegation and for local companies and authorities in Istanbul on 10 October. This will be immediately followed by a presentation of the Basque Country to the main Turkish tour operators and travel agencies.