The Basque Country hosts Biospain 2012, one of the leading world bioscience events 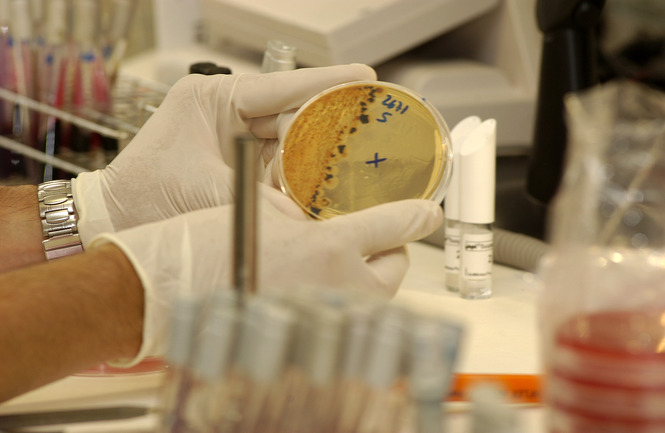 • The event, which is being held in Bilbao for the first time next week, has expanded by 29% in the number of stands, which brings it up to a total of 2015. Twenty-five countries will be present at Biospain 2012.
• The SPRI Biobasque Agency is the benchmark hub in the Basque Country to develop a business sector in biosciences

BioSpain 2012, the international meeting that the professionals from the biosciences and biotechnology sector hold every two years, is coming to the Basque Country for the first time. It will be held in Bilbao next week, between 19 and 21 September. The figures available as of today from the BioSpain 2012 organisers highlight the great success of this event and the increasing importance of biotechnology in our country.

The congress which will be held for three days at the Barakaldo BEC offers: papers by leading speakers, commercial trade fair with 216 exhibitors, 4,500 professional business development meetings, to be arranged beforehand. One new feature is the Job Forum. This will provide the resources to marry supply/demand between students and bio companies, where they can consider job opportunities. Another feature included this time is Biochen, an investment forum focused on industrial biotechnology and, on the other hand, a space where 32 pre-selected projects are looking for investors.

The participant figures in the different Biospain activities stand at 1,450 professionals and 750 companies from 25 countries. Special mention should be made of the fact that 23% of the individual participants are international, a figure that was 15% for the previous event.

Biospain 2012 is an initiative organised this year by the Basque Government and the Spanish Association of Biocompanies, ASEBIO. This further consolidates the commitment of the Basque Country to the innovation and diversification of the Basque business fabric towards business sectors that are laying the foundations of a competitive future with the Basque Country as the benchmark.

The development and consolidation of new businesses in the biosciences sector is one of the strategic challenges contemplated in the Innovation, Technology and Science Plan 2015 with its own strategy, Biobasque 2020, whose previous phase, Biobasque 2010, was successfully implemented through the Biobasque Agency (SPRI).

The Basque bioscience sector, with a proven track record of ten years and the European recognition as a bioregion, has grown at a rate of a new company every three months throughout that period and currently continues to generate jobs at a steady rate. Furthermore, the sector was set up as a biocluster (sectoral association of biotechnological companies) last year. The Basque biotechnology sector currently boasts 70 companies with 1,500 direct and a further 1,500 indirect jobs.

The Basque bioscience sector occupies a key place nationally. According to the ASEBIO 2011 report, the national association of a sector that has 1,715 companies with 163,526 jobs, Basque companies account for 8.4% of the total Spanish companies whose main activity is biotechnology and they have developed 25% of the new products launched on the market in 2011 by ASEBIO member companies.

Tomás Orbea, SPRI General Manager, considers that "the hosting of Biospain 2012 in the Basque Country has a special meaning for us, as it marks the coming of age of a business development strategy based on Science and Technology that has managed to build up a powerful economic sector over the last decade. The meeting is a turning point in the Biobasque strategy that is entering into a second phase of consolidation and business development strategies to use the whole potential of the sector to contribute to make the country more competitive".

Regina Revilla, the ASEBIO chair, then noted "the wide-spread growth in participation, international presence, meetings and visitors with respect to previous years. 31% of the companies at the event will be foreign, which means a 14% growth of internationalisation of the event, and the total number of professional visitors and companies have increased by 10% and 17%, respectively"