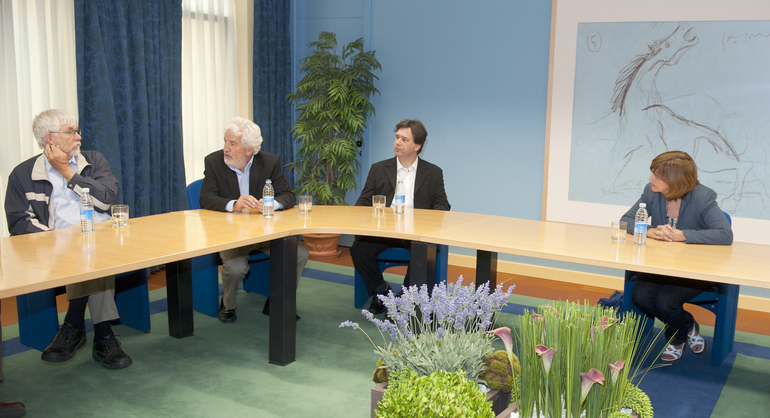 A delegation from the Center for Basque Studies at the University of Nevada in Reno, the international benchmark for Basque studies around the world, held a meeting at the Lehendakaritza, Basque Premier's Office, with representatives of the Secretariat General for Foreign Affairs, the Department of Education, the Department for Culture and Extepare Institute.

The meeting was held to explore possible areas of interest between the State of Nevada and the Basque Country, along with providing continuity and consolidating the ties of friendship, cultural and above all academic between University and the Departments of the Basque Government.

The institutions have thus reiterated their interest in continuing with the Agreement signed in 2010, in order to showcase and disseminate the Basque heritage and culture and foster ties between the Basque Country with other cultures.

The Basque Government's Minister for Culture, Blanca Urgell, the Deputy Minister for Universities Universidades, Pedro Luis Arias, along with the Director for Foreign Relations, Ainhoa Alday, headed the Basque Goverment delegation at the meeting. The US delegation consisted of the Dean of the University, Marc Johnson, along with various members of the Advisory Board of the Center for Basque Studies and the driving force behind the Center, the anthropologist William A Douglass.