The Lehendakari calls for a “modern, competitive, innovating and sustainable” Europe in his speech to EU Innovation, Science and Industry Ministers. 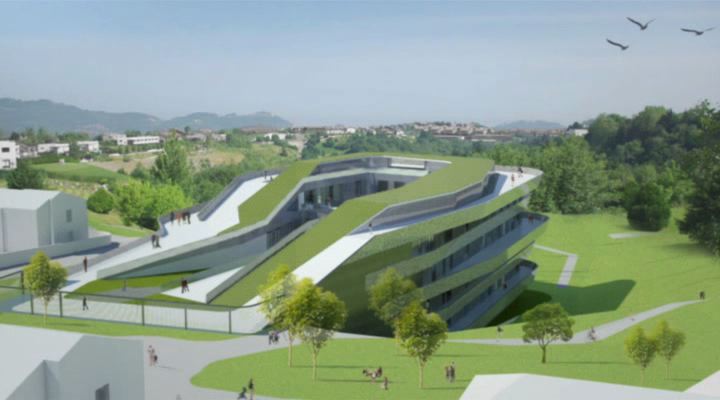 The European Competitiveness Summit, attended by European Science, Innovation and Industry ministers, has got under way at the Palacio Miramar in San Sebastian

The Lehendakari, Patxi Lopez, chaired the opening ceremony of the European Competitiveness Summit which is being held at the Palacio Miramar in San Sebastian. Delegates to the summit, which has made the Basque Country the "innovation capital of Europe" and which, according to the Lehendakari, will strengthen it as a "modern, competitive, innovating and sustainable society", will discuss the European Society of the future.

The Lehendakari, Patxi Lopez, presented European Innovation, Science and Industry ministers, who, over the next few days, will take part in the European Competitiveness Summit in San Sebastian, with the picture of an "innovating Basque Country". The Lehendakari drew attention to the "modern industrial fabric of the Basque Country, with companies and universities of the highest level, and with technology and research centres that are our best letter of presentation in the world". "Over the next few days, the Basque Country will become the Innovation Capital of Europe, the place where decisions will be taken in the world of science and knowledge. The aim will be to strengthen the European Union as a modern, competitive, innovating and sustainable society over the coming years", he declared.

The Lehendakari, Patxi Lopez, chaired the inauguration of the European Competitiveness Summit which is being held until Tuesday at the Palacio Miramar in San Sebastian. Together with the Lehendakari, the inauguration was attended by the Minister of Science and Innovation, Cristina Garmendia, and Science, Innovation and Industry ministers of the European Union. The organisation of this event will support San Sebastian's bid to be European Culture Capital in 2016.

In his speech, the Lehendakari highlighted the "added value" that Basque society has contributed to its economy, enabling it "not only to compete on an equal footing with other economies, but to be among the first, to make progress and explore new areas in the gradual conquest of new levels of knowledge".

Lopez gave his speech in three languages, Basque, English and Spanish, and described Basque cuisine as a paradigm of what "modern societies must do in order not to be left behind by the train of progress". "Basque chefs have shown us the way forward and are an example of how we must continue in order to grow as a society: we must rediscover our roots, learn from our past, make our products and materials with painstaking care and experiment in the search for new solutions", he emphasised. In the words of the Lehendakari, the Basque Culinary Centre it is an example of that spirit, "a higher training, research and innovation centre in gastronomic sciences, the first of its kind ever created in Europe". The Lehendakari described Basque chefs as the "best example of that innovating spirit present in our social DNA".

The Minister of Science and Innovation, Cristina Garmendia, pointed out that the progress attained in Spain and the Basque Country over recent years is due to the fact that they have developed "without losing their identity". The minister went on to say that "The secret of our proverbial Europeanism is that we are aware of our past, of the great help we have received from Europe and of what we can do now to help".