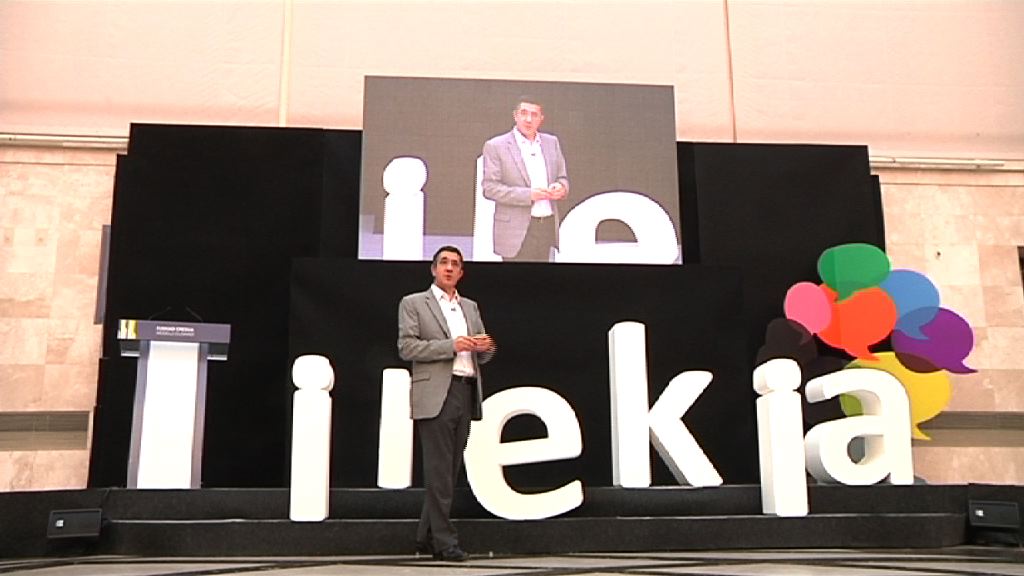 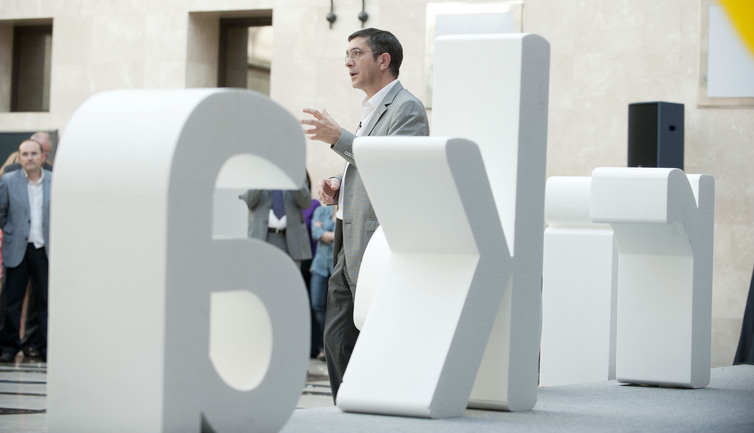 Lehendakari Patxi López has presided the event to unveil the new Irekia. "In a democratic system, politics is the only tool to change things," he stressed before going on to admit that he was very concerned about "the widening gap between society and politics". "Citizens through their actions can enrich all the decisions of the Government. We are going to create a common understanding with society".

This afternoon, the Open Government and Online Communication Directorate unveiled a new version of the Irekia tool, the only one that combines the three pillars of Open Government in a single software: transparency, participation and collaboration. In this second version, the site will prioritise direct contact between the citizens and the politicians in the style of a social network.

During the event, held in the central courtyard at the Lehendakaritza, the more than 100 people present were able to see for themselves how the tool works.

Making politicians "come forward" online is one of the main ideas of the new website. The users will be able to put their questions and proposals directly to more than one hundred public officials and Government officials, including all the Basque Government's ministers and the Lehendakari. Furthermore, the tool will not force the users to get information in a specified manner. They will be able to decide which information interests them. Fifteen thematic areas have therefore been established and also designed to facilitate their understanding by the general public: Lehendakaritza (Office of the Basque Premier), Measures to combat the crisis and for jobs, R&D&I, Emakunde (Basque Institute for Women), Basque Language, Open Government and e-Government, Health, Education, Sustainability and the Environment, Justice, Home Office, Housing and Infrastructures, Tourism, Trade and Consumer Affairs, Culture, and the Basque Country Abroad.

The website is designed to energise public debates and foster direct contact between citizens and Government without any middlemen. Each question will include the time that it remains unanswered or how long it has taken to be answered. The tool also enables to the users to support the questions to exert greater pressure on the top officials. The proposals, whether from the citizens or the Government, have a section where you can add your argument for or against them. Or you can just opt for a more straightforward "I agree" or "I disagree" by clicking on the buttons.
The citizens can also access the public agendas of the top officials and politicians.