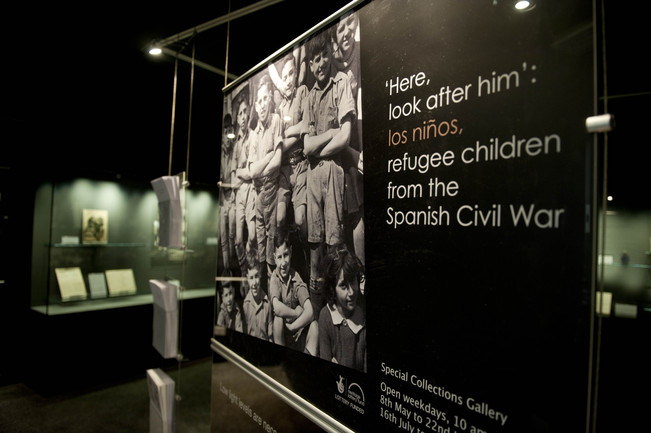 This month marks three-quarters of a century since the Habana set sail from Santurce and docked in the port of Southampton. Specifically, it was Sunday 23 May 1937 when nearly 4,000 Basque children reached England as refugees, as they fled the horror of the Spanish Civil War. In 2002, the "Basque Children of 37 (BC37)" association was founded with two fundamental objectives: to ensure historical remembrance and provide a programme of social and cultural activities. It now has around 200 members around the world, many of whom did not want to miss this emotional ceremony that was held in Southampton.

The Spokesperson for the Basque Government and Minister for Justice and Pulbic Administration, Idoia Mendia, the General Secretary for Foreign Affairs, Guillermo Echenique, and the Human Rights Director, Inés Ibáñez de Maeztu, attended the ceremonies held at Southampton University today. The Basque delegation was welcomed by the members of the English 'BC37' association and by representatives of the universities, who showed them around the 'Here, Look after him: los niños, refugee children from the Spanish Civil War' exhition.

After the visit, it was time for the speeches. One of the main moments of the days was the handing over of the archives by the BC37 association to Southampton University. Mendia declared that "it would ensure that this treasure is kept in perfect conditions".

This material, which includes official documents, verbal accounts, songs or drawings, will be in the safekeeping of the Hartley Library of this university so that, according to the Minister, "it will be safe and sound".