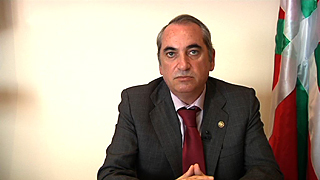 The most prestigious international recognition of excellence in public service.

According to Arriola, the award endorses the transparency and participative policy of the Government. There were 471 entries in the different categories this year.

The Basque Government's Department for Housing's "In Housing, all Opinions Count" participative project has won the United Nations Public Service Awards (UNPSA), the most prestigious international recognition of excellence in public service.

The Department for Housing will collect the award in New York in June, during the conference to be held between 25 and 28 June to analyse and debate the contribution of the public sector to good governance. These Conferences will be chaired by the UN and the speakers will include senior executives and representatives from numerous institutions and entities around the world.

The Basque Government's Minister for Housing, Iñaki Arriola, today expressed his satisfaction and pride as this award "is further recognition by the United Nations of the innovative way that this Government is going about politics, where transparency and citizen participation play a key role when it comes to designing and assessing the different policy lines implemented by the Executive".. Not surprisingly, the Jury believes that the initiative driven by the Basque Government has helped to improve the public service offered by the Basque administration and will act as inspiration for future projects.

Arriola thanked all those people who had made achieving this award possible, both those who had worked on the project and those that had helped with their participation and their contributions, and stressed that the Department will continue to take the contributions and suggestions of the citizens into consideration.

"We have always been convinced that citizen participation was an essential aspect when getting down to policy. This award strengthens our resolve and, above all, encourage us to continue along this path," stressed Arriola.
In fact, the Department of Housing has recently embarked on a new citizen participation process regarding the Order that it is finalising to improve the Etxebide service and housing allocation system.

Thanks to the citizen participation process, the Department for Housing has accumulated new experiences in the fields of social innovation, transferability, sustainability, democratic transparency and fundamentally, regarding active listening and shared commitment. The process was also highly rated by the thousands of citizens that have taken part in it.

The Basque Government project made it through the first cut in February, became a finalist in April and has now been announced as the winner of the competition within the European and North American region in the "Fostering participation in policy-making decisions through innovative mechanisms".

This year, there were 471 entries for the different categories of the awards, which was 55% up on the entries in 2011.

It has been a record year in terms of entries and in terms of the number of Member States who take part, which has increased from 57 states in 2011 to 73 states in 212, double the participation of 39 states in 2008.

The project submitted by the Department for Housing includes the innovative opting for citizen participation when designing housing public policies in its three participation projects.

The UNPSA Awards are managed by the Division for Pubic Administration and Development Management (DPADM) of the United Nations Department of Economic and Social Affairs (UNDESA).

The overall purpose of the UNPSA programme is to reward the creative achievements and contributions of public service institutions towards a more effective and responsive public administration in countries worldwide. An annual global competition that promotes the role, professionalism and visibility of public service, the programme aims to discover new innovations in governance; motivate public servants to further promote innovation; raise the image of public service; enhance trust in government; and collect and share successful practices for possible replication between and within countries.