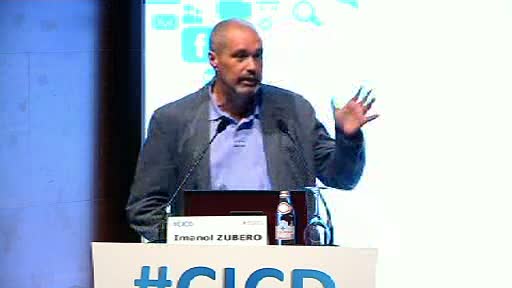 Irekia users rate the service provided by the Basque Government as "very good" in terms of transparency.

The Basque Open Government model has reached the university. Specifically, the UPV where the model's activity is being assessed since it was set up by Lehendakari Patxi López, the Basque Premier, at the start of his term in office. The assessment process combines data analysis, on-line interviews, questionnaires, and in-depth analysis of the services that it provides and the needs that it satisfies among users. This process, which is still underway and you can take part by filling in a simple questionnaire, has so far shown that the Irekai platform users rate it "as very good, or that the topics that have generated most proposals from citizens are education-related.

The study being conducted by a UPV team headed by Professor Imanol Zubero, is ongoing as it is still collecting data and interviews from the users, but it has already enables some characteristics and conclusions regarding the Basque Open Government model to be detected. The model has two main tools, Open Data Euskadi and Irekia, but is based on the political impetus that has proven to be essential as it involves a change in the way of doing politics within the administration. The figure of the Basque Premier, Lehendakari, Patxi López, has played a key role in the implementation of this transformation process towards a public democracy.

This research was presented at the III International Conference on Digital Citizenship, held in Donostia-San Sebastián, where Irekia and Open Data Euskadi actively took part in the sessions to showcase the projects on which they are working.

During those two days, different experts, journalists, re-users, researchers, and members of companies and institutions came together on the Open Data Day (8 May) to define some basic aspects of Open Data that all administrations should take into account when implementing these policies to ensure that they are useful for all those people interested in using public data. The outcome was a list of recommendations:

2) Use agreed vocabulary and structures

3) Inventory of a structured data catalogued

5) Minimum series of data of the entity and publication roadmap

7) Using metrics to monitor and assess the use and service

9) Preaching and educating in data use

10) Gathering applications, tools and manual to motivate and facilitate the reuse
In this congress, Irekia has presented 3 citizen participation and collaboration projects that will be run over the coming months:

-a data journalism course, when Basque journalists will be training in open data and the opportunities offered by access to free public data as they are accessible to the citizens and that can be exploited by this collective to inform the citizens.

-Goteo: Irekia will collaborate with this social network to co-fund and collaborate in creative projects for the common good in the Basque Country

-Ciudadanía 4.0, this Catalan experiment which is bringing together to entrepreneurs, developers, companies and institutions in order to support and drive citizen initiatives that perform a critical use of the ICTs (information and communication technologies), will have its Basque version thanks to Irekia.