Lehendakari: "The Basque Government is continuing and is going to continue defending the interests of Basque society" 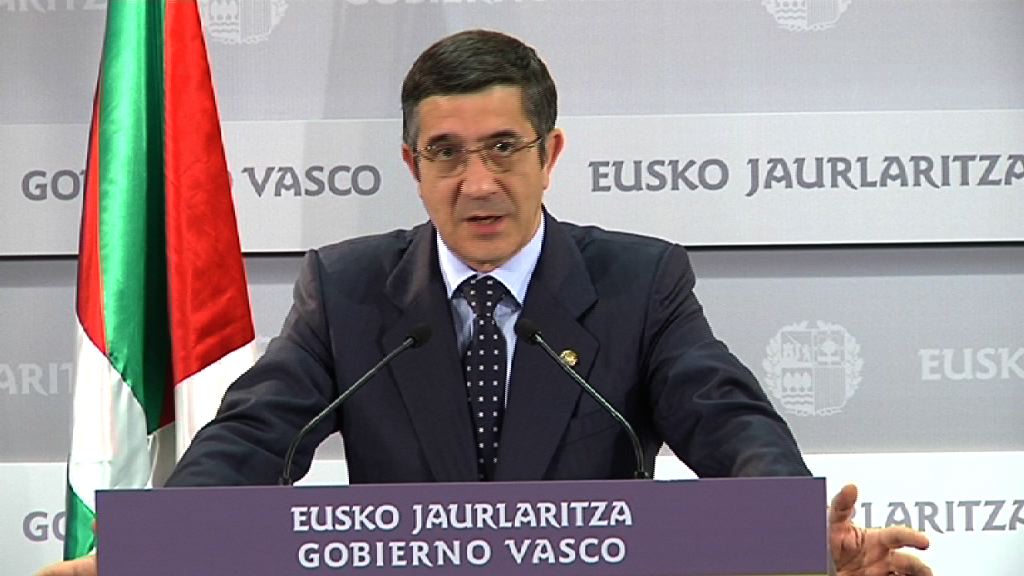 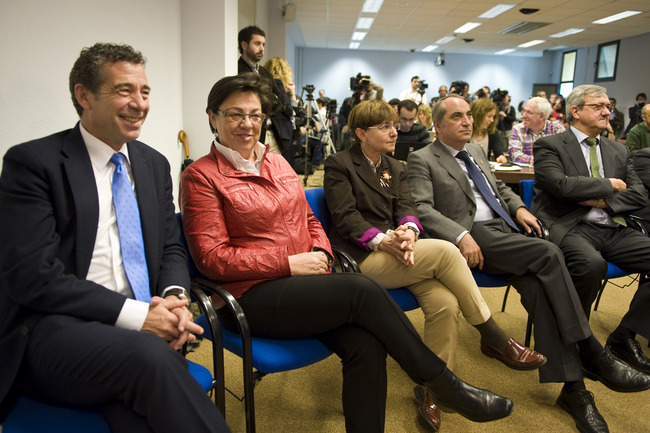 The Basque Premier, Lehendakari Patxi López, warned the Partido Popular (PP -Conservative) that the Lehendakari is "the only one empowered to dissolve Parliament and nobody can force me to do so from the sidelines".

The Lehendakari, Patxi López, said that even though the PP considers the base agreement reached at the start of the legislature to be broken, "no section of that agreement states that this Government would renounce defending public services. No point puts down in writing that we have to look the other way when the competences of our self-government are threatened". He therefore believes that "lodging appeals on constitutional grounds to defend our self-government and the quality of our public services is to comply with the signed pact".

During his speech, the Lehendakari criticised the PP for "preferring to vigorously defend the austerity policies of Rajoy's Government, instead of upholding the principles signed in the bases for change". The Lehendakari stressed that when he accepted his post, he "accepted certain commitments to the Basque Country and Basque citizens and I intend to uphold and fulfil them".

The Lehendakari today appeared at the Lehendakaritza (Basque Premier's Office - Vitoria-Gasteiz) to take stock on the third anniversary of his government. The head of the Basque Government stressed that during those three years, the Basque Government has managed to bring a halt to ETA, reassure society and the political classes in the Basque Country, withstand the financial downturn better than our neighbours, uphold the Welfare State and embark on far-reaching reforms of the system.

López stressed that the Basque Model shows that it is possible "to go about politics in a different way" to defend public services, self-government and with the backing of everyone, to help the Basque economy and Basque companies to turn around and create jobs. "We have applied out policies to do things differently: and it works," said the Lehendakari. He warned that "while there is a Socialist Government in the Basque Country, we are not going to close operating theatres or classrooms in schools. Pensioners will not have to pay for their medicine. And even if there is a great to-do, the cuts of Mariano Rajoy's Government will not have any effect in the Basque Country".

The leader of the Basque Government wanted to reassure the citizens of the Basque Country because even if Rajoy's Government "has resorted to Decrees to try and invade our competences and slash public services, they have not and are not going to be successful", because in the Basque Country "we are going to continue to defend the universal nature of the public Health and Education systems". The Lehendakari stressed that the Basque Government "is continuing and is going to continue to defend the interests of Basque society, as that is what is needed now".