The Basque Country remembers the Bombing of Gernika 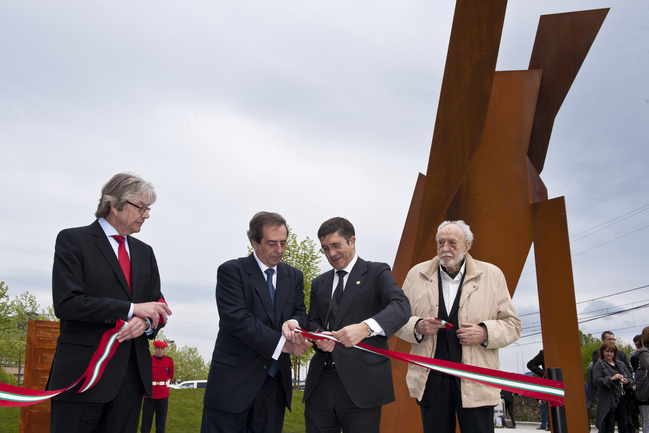 Today is the 75th anniversary of the Bombing of Gernika. A date that the Basque Government, led by the Lehendakari, along with numerous representatives of the Basque Institutions wished to commemorate with different acts. These include the unveiling of "Agony of Fire", the sculpture by Nestor Basterretxea, which pays homage to all those people who died on 26 April 1937, and the laying of flowers and the tribute to the victims at Zallo Cemetery in Gernika.

To quote the Lehendakari, Patxi López, Gernika has become "a call for hope and freedom, and the universal symbol of the denouncing of barbarism". He also pointed out that the tragedy of Gernika "is not to search for present revenge in the past, it is to build a wall in the future that prevents violence on our soil". The Lehendakari went on to stress that on the 75th Anniversary of the Bombing of Gernika, "we have new reasons for hope. The Basque Country is today, for the first time in many years, completely free". He then went on point out that "a new era of freedom is the prize for standing up to terror. It is the result of defending freedom and democracy".